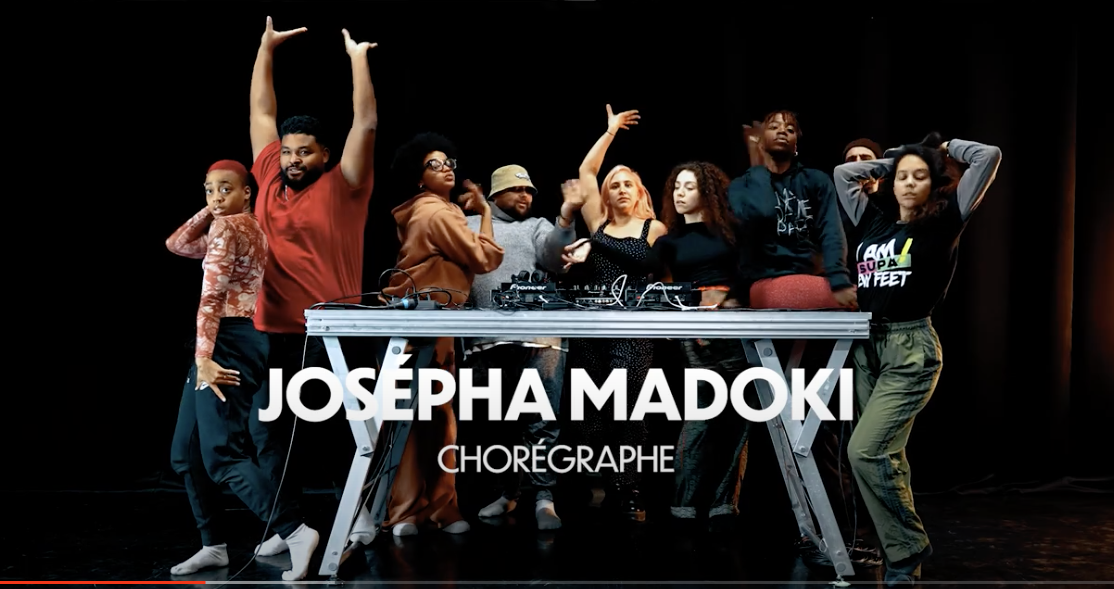 Josépha Madoki, also known as Princess Madoki, discovered the hiphop dance culture during her childhood – and became passionate. In the 2003, she studied dance at the International Dance Academy (AID) Paris and focussed on ballet, contemporary dance and jazz. She developed her own style merging elements of hiphop, African dance styles and contemporary dance. Her own choreographic work with Company Madoki started 2010: Josépha presented her solo work Mes mots sont tes maux which was granted with the 1st prize at the competition Paris Young Talents.

As a dancer and performer, she collaborates on eclectic projects with international choreographers, such as Damien Jalet, Pierre Rigal, Sylvain Groud, Robyn Orlyn, Wayne Mc Gregor…

In 2016, Princess Madoki became a member of the renowned Eastman Dance Company by Sidi Larbi Cherkaoui. She performs in performances like
Babel 16.07 , Opera Satyagraha and Stoic. She also collaborated with Beyonce and Jay-Z in Apashet’s video choreographed by Sidi Larbi Cherckaoui.

All her experiences made her become the versatile artist she is renowned for, an expert of a dance that is getting more and more popular in France: Waacking.

With her stage name Princess Madoki, she is invited all over the world to participate as a judge for important waacking battles and competitions: Hot Mess (Canada 2018), Waack it Out (Italy 2018), Werk the Floor Crew Contest (London 2017), Step Ya Game Up (New York 2014), Streetstar (Sweden 2013).

Josépha shares her passion for this art through numerous workshops and masterclasses around the World (China, Japan, Kazakhstan, Russia…).

2016, Princess Madoki co-funded the first French Waacking collective Ma Dame Paris. 2019, she made the big step and produced the All Europe Waacking Festival.